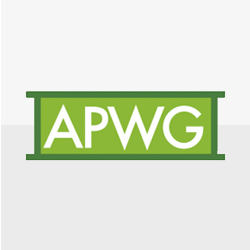 The APWG, founded in 2003 as the Anti-Phishing Working Group, is a global industry, law enforcement, and government coalition focused on eliminating the identity theft and fraud that result from the growing problem of phishing, email spoofing, and crimeware. Membership is open to qualified financial institutions, online retailers, ISPs, the law enforcement community and solutions providers. There are more than 2,020 companies, government agencies and NGOs participating in the APWG and more than 4,200 members. The APWG's website offers the public and industry information about phishing and email fraud, including identification and promotion of pragmatic technical solutions that provide immediate protection.

About the National Cyber Security Alliance

The National Cyber Security Alliance is a non-profit organization. Through collaboration with the government, corporate, non-profit and academic sectors, the mission of the NCSA is to empower a digital citizenry to use the Internet securely and safely protecting themselves and the technology they use and the digital assets we all share. NCSA works to create a culture of cyber security and safety through education and awareness activities. Visit www.staysafeonline.org for more information.